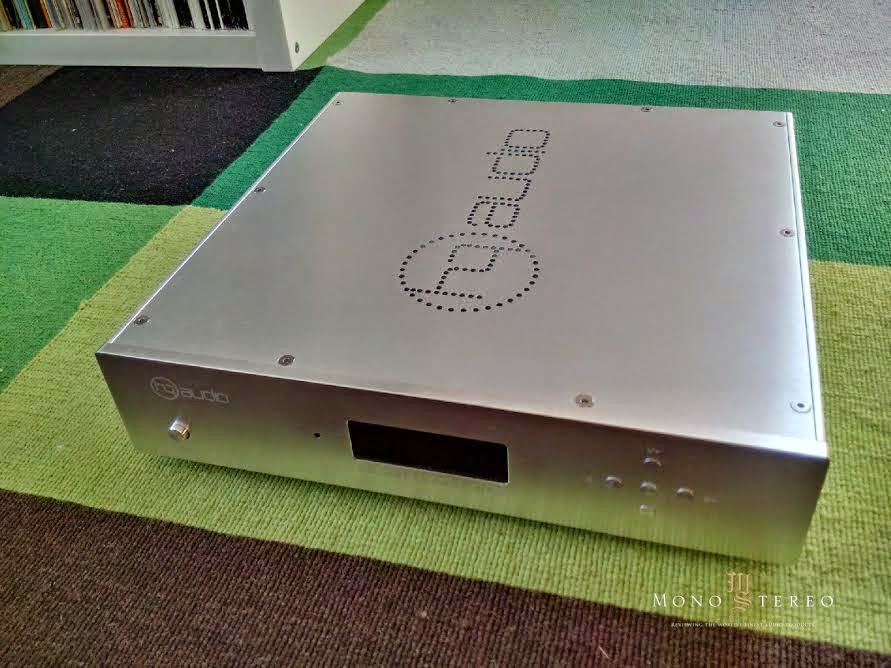 From Italy (and of Vietnamese origin) came another highly attractive DAC offering, in a rather cool and stylish outfit. Based on the ESS ES9018 Sabre chip which is quite popular and could be found in many DACs but of course, the DAC chip is only one part of the whole story, the surrounding circuitry, the power supply and other components are highly important as well. There is some controversy in regard to importance of the DAC chip and many believe there are other things that play a bigger role in the sound of a DAC.
The ESS ES9018 Sabre chip uses the patented 32-bit Hyperstream™ DAC architecture and Time Domain Jitter Eliminator and the additional list of features goes like this:
– PIC Microcontroller to remap DAC and share I2S connection with DSD signals
– Amanero module integrated to have USB input
– Support 44,88,96,192,352,384KHz PCM and DSD to play SACD ISO
– Full ground isolation from USB module
– On board reference 100MHz Crystek oscillator with a jitter of 0.5psec
– Ultra fast oscillator buffer
– 4 inputs: USB, Spdif coax on BNC, AES/EBU Professional on XLR, Optical Toslink.
– the output stage uses LL1684 transformers and two Clarity Caps (ESA series)
– Simple firmware upgrade
– Large dB volume display
– Top performance linear pre-regulator LT1963
– Separated fast shunt for any digital section
– Separated fast shunt for any analog channel
– Remote volume control
– Remote mute control
– Remote input control
– Digital filter control
– Optional passive I/V

The HQ reference DAC ES9018S seems remarkably well made but strangely enough, the right channel is located on the left side and vice versa. The channel labeling is done right, though. The interior of the HQ reference DAC ES9018S is very neatly laid out with short and optimized signal path. On the back side there are USB, coaxial, AES-EBU and optical inputs while the outputs could be either RCA/asymmetric or XLR/symmetric. The HQ reference DAC ES9018S – USB PCM / DSD DAC comes in either black or “silver” anodized aluminum chassis, the review sample being the latter. I really liked the big informative display which shows all the relevant info like the volume level, active input, filter band and type, etc.

Right out of the box, the HQ reference DAC ES9018S gave a very dynamic presentation, more so than the comparable DAC offerings that I have tried recently. I have listened to it casually for a few days just to provide some burn-in phase for the internal parts, especially the caps which can take ages to smooth out and open up. After two weeks of use I did noticed the sound changed quite a lot in the positive direction. The slightly sterile character on vocals and percussion was greatly ameliorated and the feeling of air and openness was much improved. The overall dynamics, bass punch and depth were spectacular for a device of this class. The lower midrange had body and sounded very controlled and dynamic at the same time and this to me is of paramount experience if we seek parallels (we should) to the live sound. The image focus of instruments and vocals was razor sharp and holographic in its appearance but not of the dreaded pin-point variety.  The sound was very lively, immediate and upfront, kind of a front row experience, I would say but still sounding stress-less. The depth layering was still good by any standards and so was the soundstage height and with instruments appearing beyond speaker edges – if the recording called for it.
The tonal character, the timbre of the instruments was as good as it gets and perhaps even a class above the norm which was most welcome. The whole midrange was fluid and showed excellent micro dynamic responsiveness and detailed insight. Orchestral works showed no signs of compression, loss of transparency or lack of individual instruments` separation, not even during the climaxes. The vocals had an open, live quality that was really appreciated and reinforced the overall enjoyment and provided for a very involving listening experience. The lower and upper treble were exemplary smooth sounding, with excellent resolution and detail retrieval. The hall reverberation cues were properly reproduced in length and intensity. 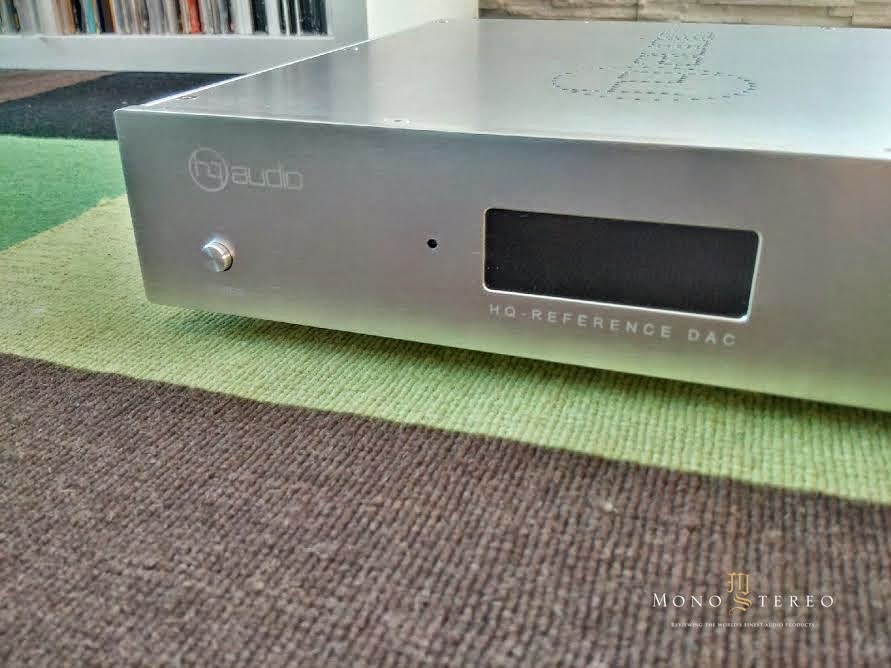 The HQ Reference ES9018S DAC`s performance was consistent across variety of genres and even sound formats. Whether the 44.1, HD or DSD, one could easily forget the medium and just delve deep into the musical event and absorb the message.
Briefly, I have also tried to drive the power amp straight from the HQ Reference ES9018S DAC and to a good effect, there was no apparent loss of energy and drive which was really nice and is probably an attribute of the ES9018S` nicely implemented digital attenuation section but of course, using an active preamp like the Thrax Dionysos I have had on hand, proved to be a better solution which should come as no surprise.

Carole King (born February 9, 1942) is an American singer and songwriter whose “Tapestry” album is, well, one of my favorite ones. It is one of the best-selling albums of all time, with over 25 million copies sold worldwide. It received four Grammy Awards in 1972, including Album of the Year. The lead single from the album — “It’s Too Late” reached number 1 on the Billboard Hot 100, and remained on the chart for 17 weeks. In 2003, Tapestry was ranked number 36 on Rolling Stone list of the 500 greatest albums of all time. Whoa, that sounds impressive but sometimes, strange music finds it way into the charts, not so with “Tapestry”, this album represents sophisticated pop music from that era. Perhaps worthy of mentioning, James Taylor, who encouraged King to sing her own songs, also played on Tapestry. 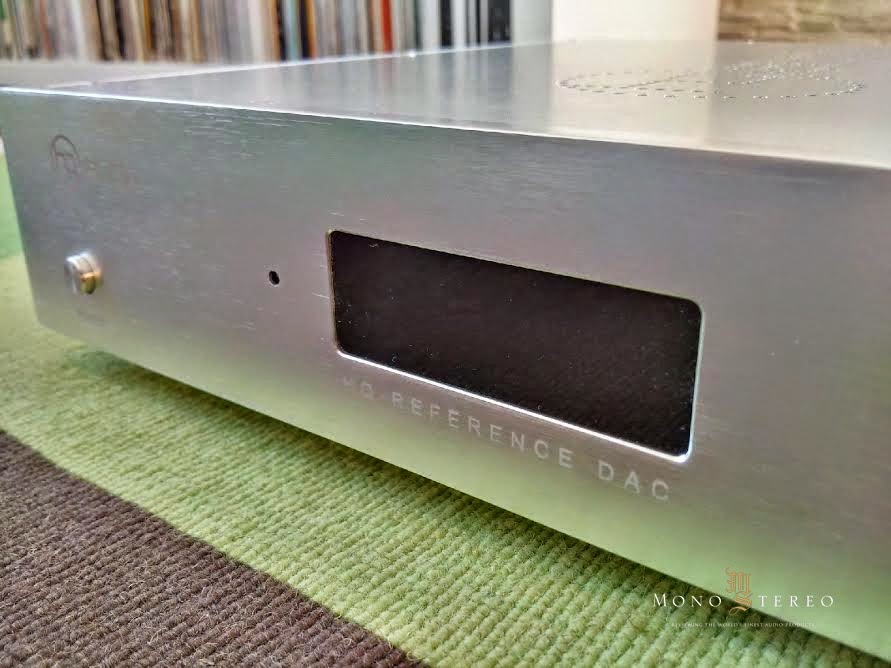 Through the HQ Reference ES9018S DAC, the “It’s Too Late” song evoked many fond memories of that era. It was capable to provoke real emotions and in a sense showed some great “time machine” qualities, meaning it could transport the listener to some distant space and time, on his musical journey. Although this is not an audiophile recording, the overall quality was beyond any serious criticism, especially the 1999 remaster which was later put on the SACD. The drums had a rhythmic, propulsive quality that made the whole track really attractive to listen to. Carole`s voice was intimate and alive sounding, provoking intense emotional involvement. A quick comparison with the CD version showed some (expected) differences: the SACD version was smoother and less mechanical but to say the CD version was hugely inferior, would be an exaggeration. Music from the seventies was largely recorded without excessive compression that the current production strives for and was hence MUCH MORE listenable and enjoyable. Of course, this is something the modern producers couldn`t care less for; their singles simply need to be louder in order to be memorized by the general public which in turn should provide the endless stream of coins for their pockets. Of course, all recorded music is commercial but these guys have pushed things to the sickening levels.
Regardless, the HQ Reference ES9018S DAC showed some real musical qualities when it came to bringing out the best in contemporary or old recordings of yore.
Jennifer Jean Warnes (born March 3, 1947) is another American singer, songwriter that I enjoy quite much. Her desire and ability to sing came early; at age seven she was offered her first recording contract, which her father turned down. She sang in church and local pageants until age 17 when Warnes was offered an opera scholarship to Immaculate Heart College. She chose to sing folk music as it became popularized by Joan Baez in the mid-1960s. In 1968, after a few years with musical theatre and clubs, she signed with Parrot Records (a London Records subsidiary) and recorded her first LP. Famous for her compositions, interpretations and her extensive repertoire as a vocalist on movie soundtracks, she is also a close friend and collaborator of Canadian singer-songwriter and poet Leonard Cohen.
“The Well” was recorded in 2001 and is one of the albums I keep listening to. It consists of rhythm and blues, folk, country, jazz, Irish songs…just a diverse mixture of tunes that reflect Jennifer`s vast musical interests. 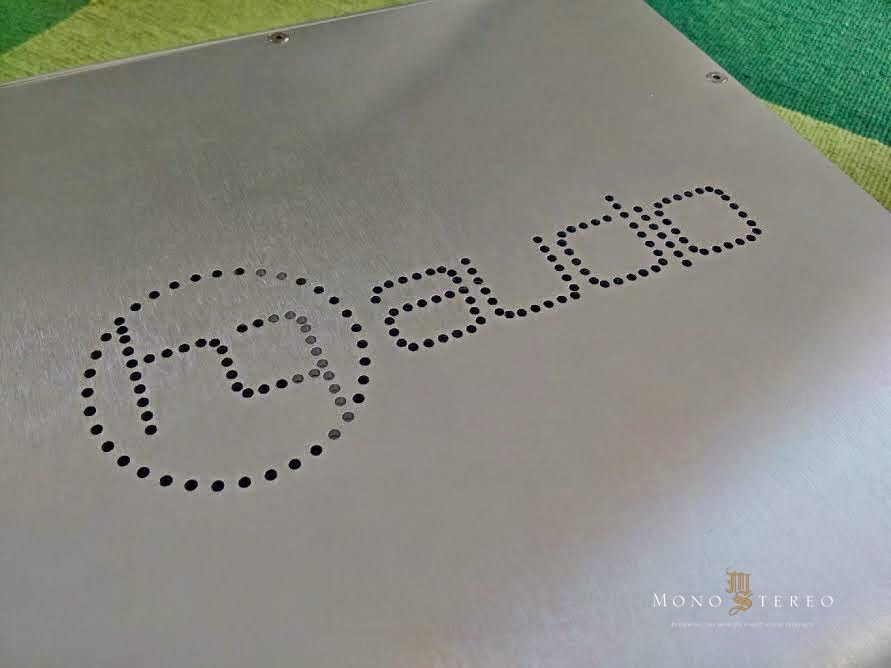 “The Panther” is my favorite track that features some percussion and guitar playing along with her melancholic, dark voice; all recorded in a very intimate way. Through the HQ Reference ES9018S DAC I was confronted with a very believable facsimile of the original event and a very immediate sounding one. The guitar had the power and energy of the real thing and so had Jennifer`s voice, percussion likewise.
“Invitation To The Blues” is a beautiful ballad that features some nicely recorded piano sounds. The weight, the color, the sparkle of that grand instrument were all reproduced with remarkable fidelity, through the HQ Reference ES9018S DAC.
Eiji Oue and The Minnesota Orchestra – Exotic Dances from the Opera, certainly needs no introduction to the music lovers; it is frequently heard at high end audio shows as well as at audiophile`s homes and for good reasons: great orchestral music recorded in superb fashion. The “Dance of the Tumblers from The Snow Maiden” was reproduced with all grandeur through the HQ Reference ES9018S DAC, showing exemplary dynamics, tonal shadings and separation of the individual instruments in an orchestra.
James Stanley Hall (December 4, 1930 – December 10, 2013) was an American jazz guitarist, composer and arranger. Premier Guitar magazine stated that “It could be argued that the jazz guitar tree is rooted in four names: Django [Reinhardt], Charlie [Christian], Wes [Montgomery], and Jim [Hall]”. 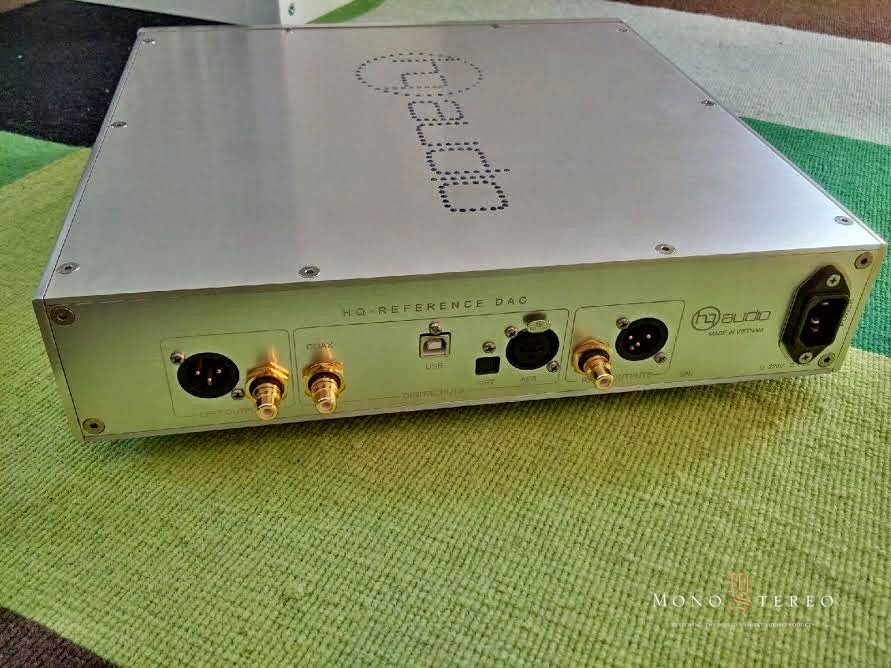 Jim Hall – “Concierto” album (recorded in 1975) is an album full of instrumental  lyricism and creative improvisation. Out of nine tracks, three are JimHall`s originals but the highlight of the album is certainly the rendition of Joaquín Rodrigo`s Conceirto de Aranjuez (Adagio):
Of course, the musicians took the right to interpret the piece their own way but the end result is simply enchanting and highly captivating. The interplay between the instruments is…well, it goes beyond mere words, it needs to be experienced. The HQ Reference ES9018S DAC showed itself in a very positive light, as far as musical involvement goes. It showed all the subtle nuances contained in this marvelous recording, showing finesse, power (when called for) and emotional content. Of course, not only Concierto de Aranjuez but the the whole album is simply phenomenal. One of my favorites is Cole Porter`s “You’d Be So Nice to Come Home To”, another great interplay of legendary musicians.